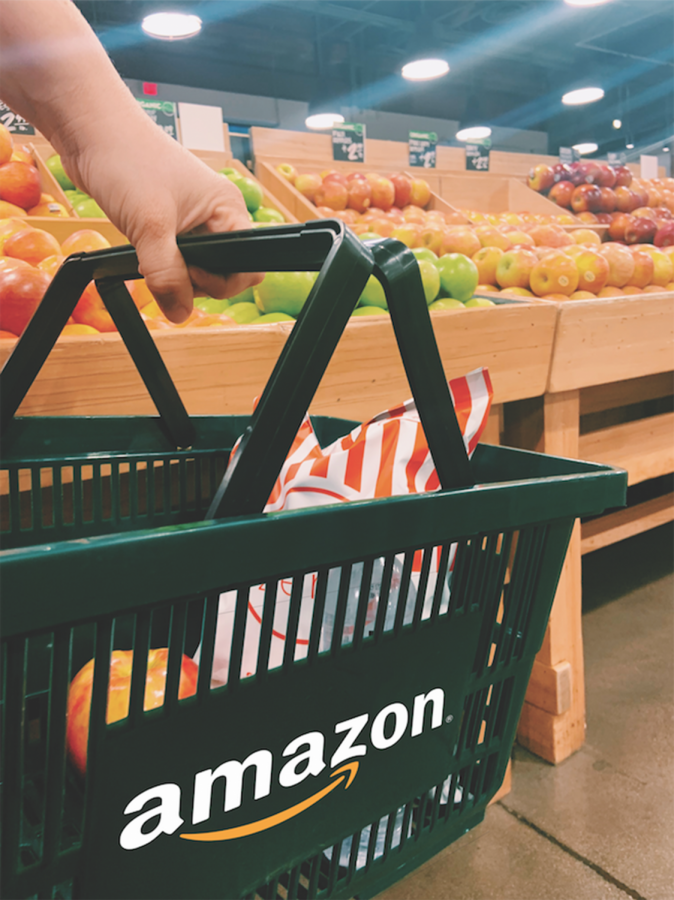 “We used computer vision, deep learning algorithms and sensor fusion, much like you’d find in self-driving cars,” according to Amazon.com. “We call it ‘Just Walk Out’ technology.”

Although the 18 currently open and announced Am- azon Go locations in Seattle, Chicago, San Francisco and New York City are only 2,000 square feet, Amazon plans on creating the upcoming lo- cations the size of any other typical market, which is about 30,000 square feet, according to Amazon.com. Due to Ama- zon’s advanced and futuristic technology, the opening of the local store is bound to compete with huge grocery stores such as Ralph’s and Pavilions after its of cial launch in 2020, ac- cording to CNBC. Although, Amazon Go will be distinct from organic and high-end chain Whole Foods Market, which Amazon acquired in 2017 for $13.7 billion, accord- ing to the Los Angeles Times.

“This store won’t necessarily be a Whole Foods competitor, [though],” said an Amazon spokesperson to CNET. “In fact, Amazon will continue to invest in Whole Foods, including planning for grocery de- livery with the chain. When it comes to grocery shopping, we know customers love choice, and this new store offers another grocery option that’s distinct from Whole Foods Market, which continues to grow and remain the leader in quality natural and organic food.”